Last night Sean and I were watching Master Chef's Top 4 Compete episode.  In that episode, the elimination round required the two losing home chef's to bake not one, not two, but three different soufflé's.

After the episode was over, I really wanted a soufflé. It was just all that talk of them on top of how delicious they all looked.

I'm not going to make three different soufflé's.  I'm not insane.  Instead one single Pumpkin Soufflé…which I've never made before. Actually, I don't think I've ever made any kind of soufflé before. 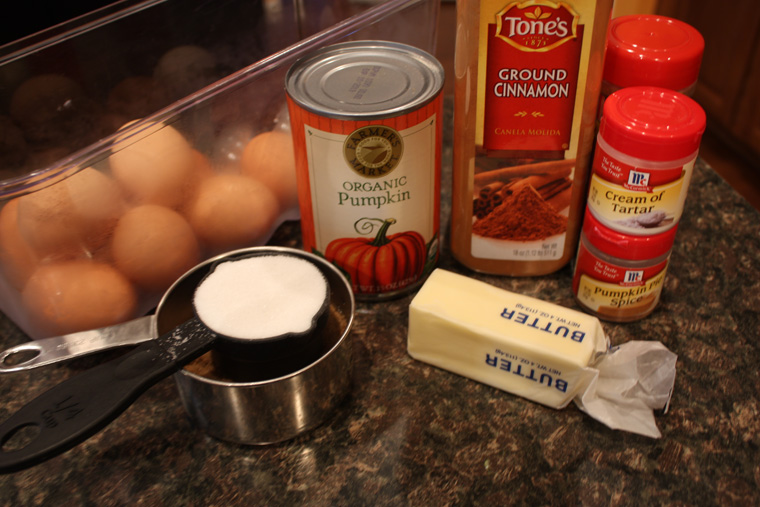 This one is pretty basic. Eggs, cream of tartar, sugar, pumpkin, cinnamon, and pumpkin spice. 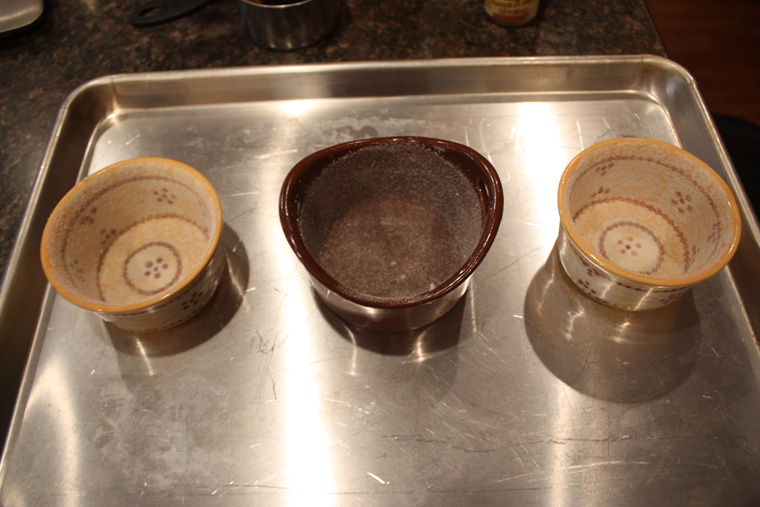 The butter is used for your ramekins…apply a nice even coat and then sprinkle some sugar inside of each and coat all sides.  Once done, place these into the fridge until you are ready to fill them.

In a large bowl mix together the egg yolks, pumpkin, cinnamon and pumpkin pie spice for about 5 minutes. 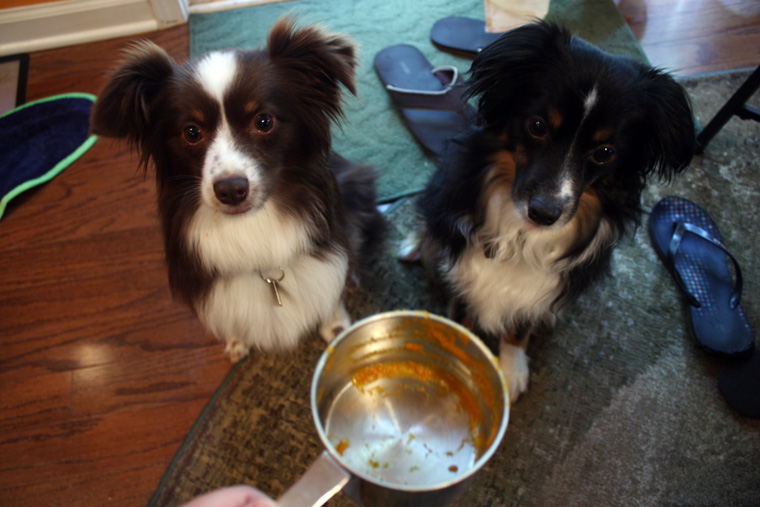 Be sure to let your dogs lick out the plain pumpkin cup. Oh is that just me? Well trust me, they will love you for it (plus plain pumpkin is good for their digestion). 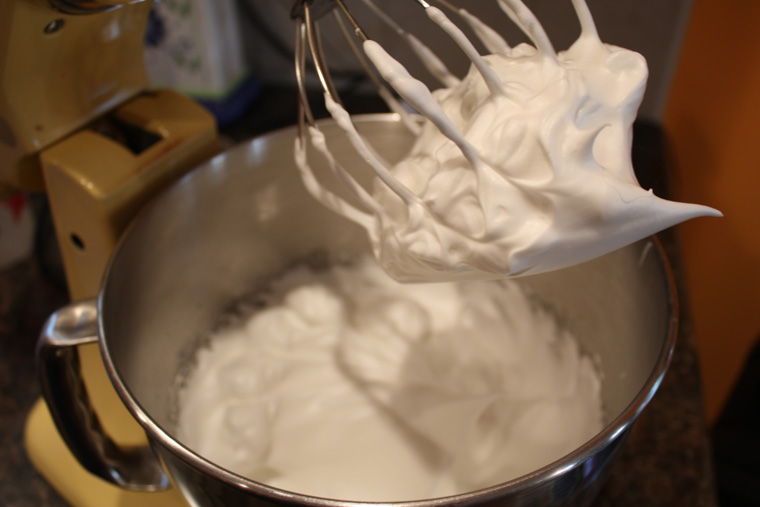 In the bowl of your stand mixer (or you could do this by hand I suppose) beat the egg whites and cream of tartar until soft peaks form and then start adding in the 1/4 cup sugar a little bit at a time. 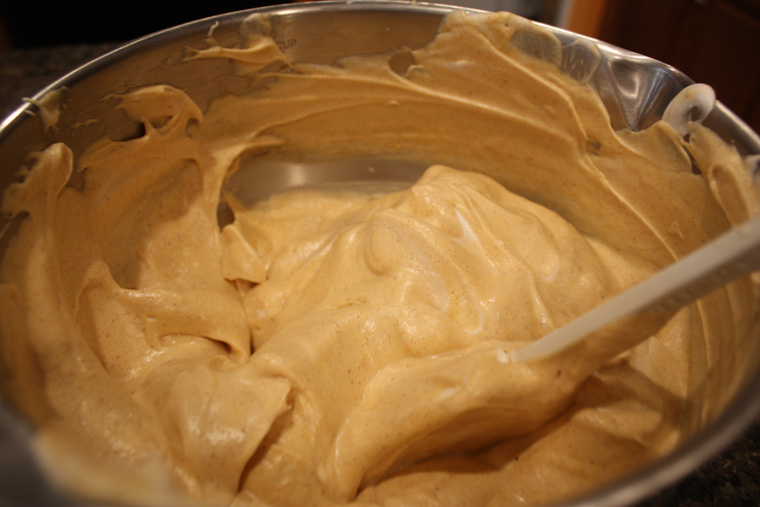 Then fold the egg whites into the pumpkin mixture…little bit at a time. It should remain quite fluffy and light. 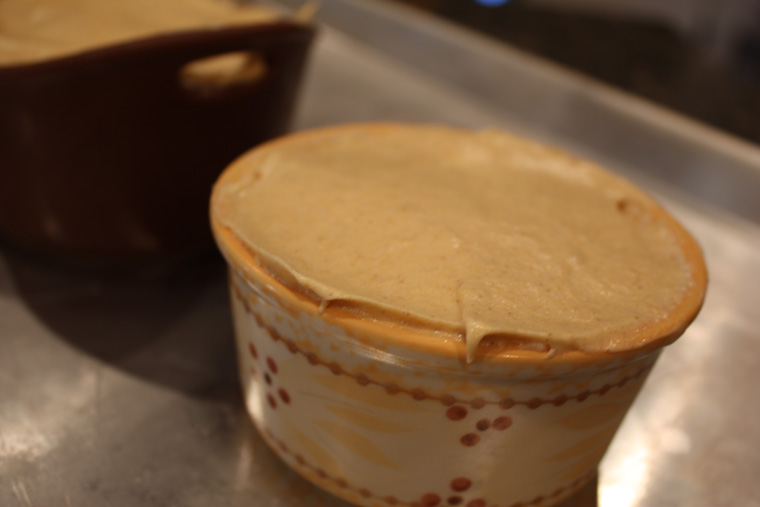 Then take your ramekins out of the fridge and fill to the top. You might want to run your finger along the side of the dish to help the batter to stay within the edge of the ramekin. I like a more natural/rustic look, so I left mine alone.

The tops should be golden brown and appear dry, while the center moves/jiggles just a little bit. 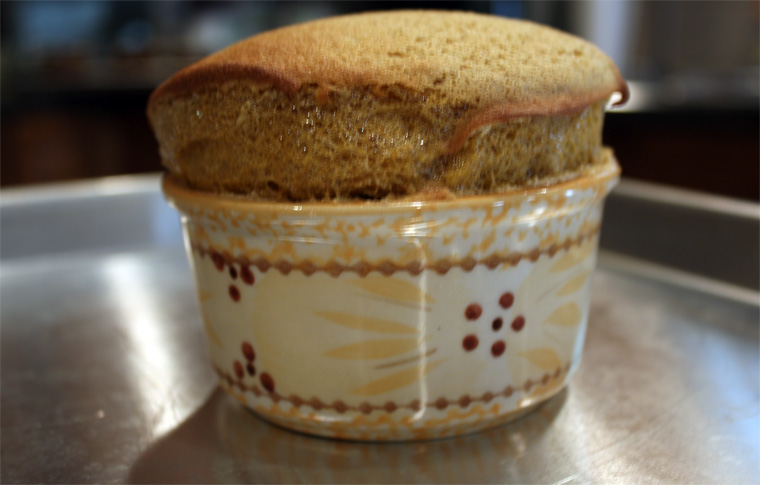 I probably could have cooked this one for about a minute more. You can see the little wet spots on the side, but I didn't notice them until I was taking photos. 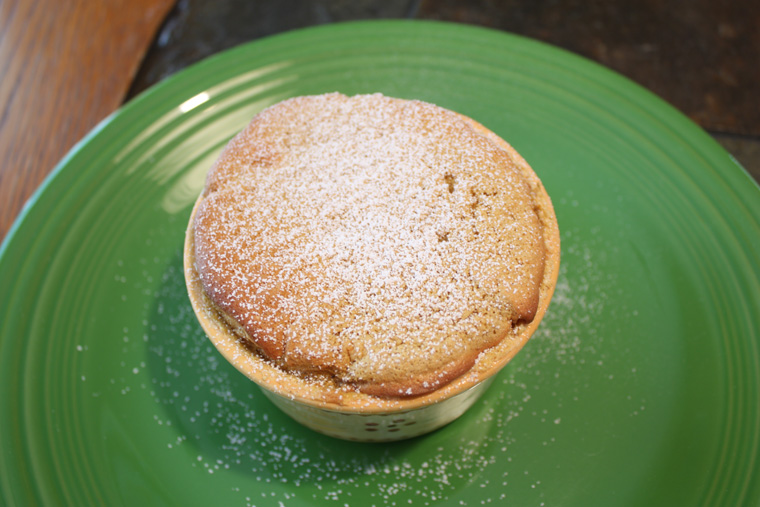 Sprinkle with a little powdered sugar and serve.

The texture of these was really light and delicate but with a lovely sweet pumpkin spice flavor. The only problem was that I made too many and they don't keep well…so it's eat them now or never.