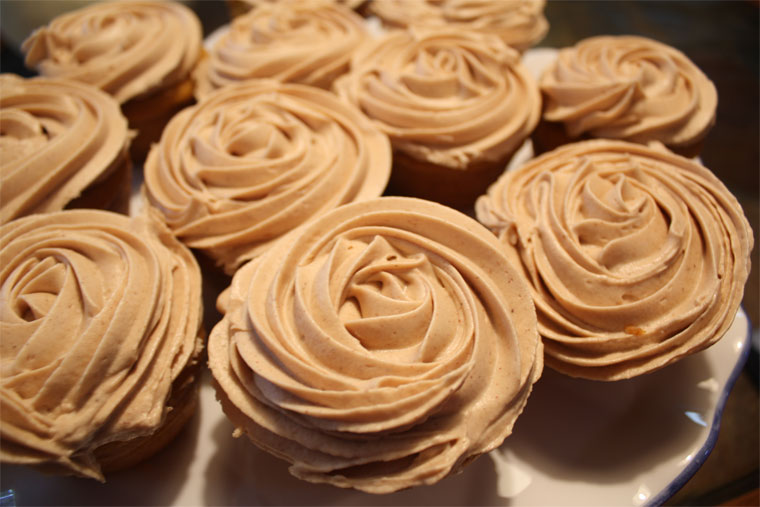 I found these in Martha Stewart's Cupcakes book and had never tried them before.  The crumb is full of flavor and not too dense. When you pick one up, they are definitely heavier than a regular cupcake.

My go-to-frosting is a swiss meringue buttercream.  I personally love it because it's not too sugary.  But for these I choose a Cinnamon Cream Cheese Buttercream/Frosting.  It's not as sweet as a regular sugary frosting but it's not as light as a buttercream.  It's somewhere in the middle, which turned out really well for these cupcakes since they are so rich. 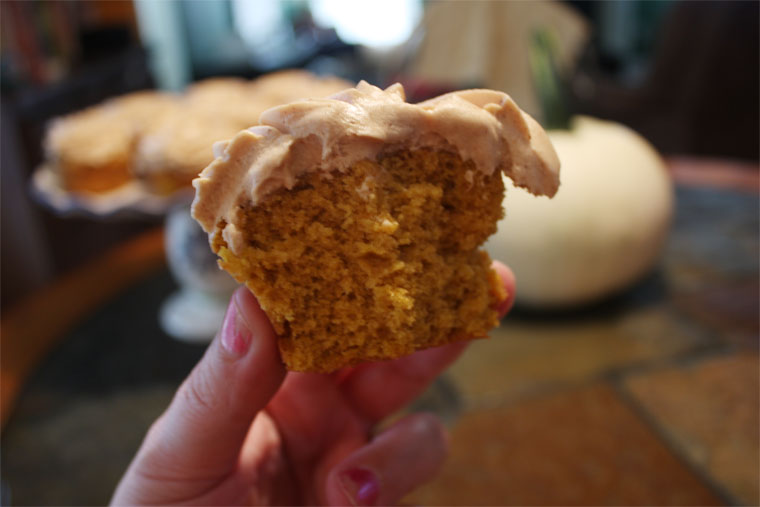 You must make these.  There's something about the browned butter and pumpkin…just to die for. Just the right mixture of spice and sweetness.

From Martha Stewart Cupcakes, Makes 15, but I made 12 because I'm badass like that!